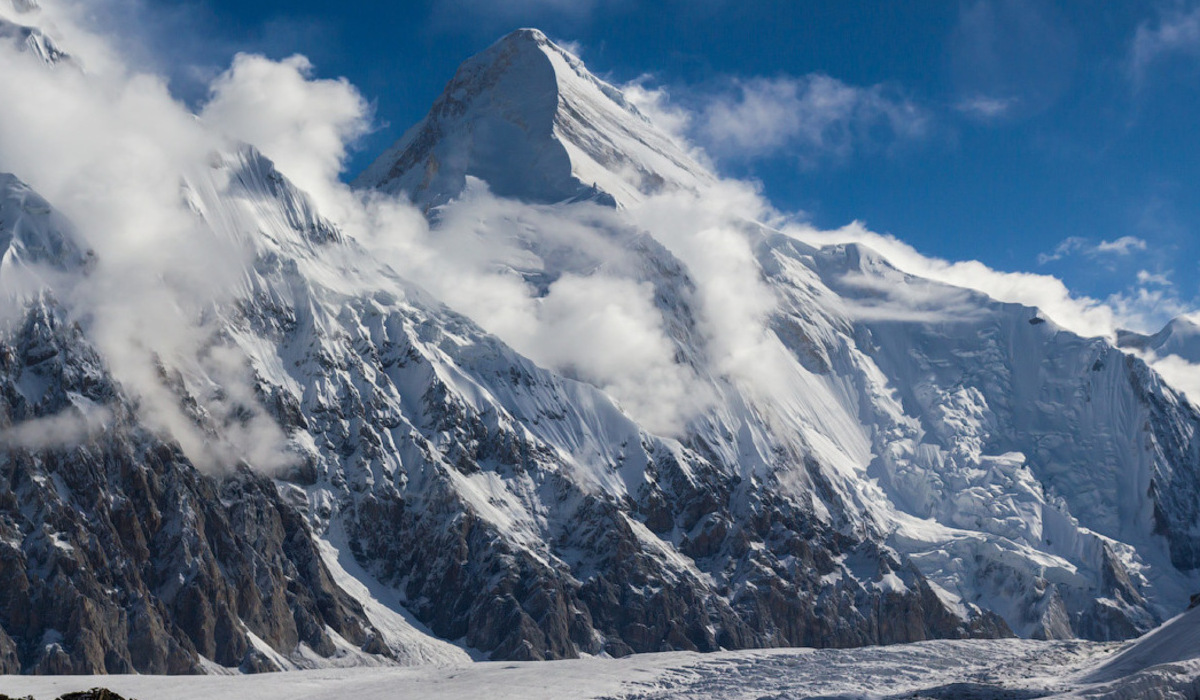 History of Khan-Tengry peak discovering
The first confirmed successful ascent was made in 1931, by a Ukrainian team – M. Pogrebetsky, B. Turin and F. Zauber. It took two years before they outlined the most logical rout of ascent. They walked along the Inylchek glacier to the peak Chapaev, then along the western ridge of Khan-Tengri and further up along the south-western slope. September 11, all three climbers reached the summit!
In the Soviet period, even local mountaineering needed special permissions and access for foreigners was totally prohibited. But since the late 80’s early 90’s – the area became more accessible to the public and each year dozens of climbers conquer the Peak!

Climate of Central Tien Shan
Mountaineering conditions in the region of Central Tien Shan is difficult, due to its very severe climate caused by tremendous glaciers, high peaks and unstable weather. The best period for mountaineering – July and August, although in September long periods of stable weather are also marked. In another period there is a lot of snow there and already in the middle of September the cold weather with strong winds comes.

Read the advises about ascent from Gleb Sokolov.

Scheme of the route by South-western ridge

Route. Ascent tactics to Khan-Tengry peak.
We recommend making an ascent by the classic route from the glacier Semenov by the southwestern ridge. For a successful mountaineering it is necessary to have experience of climbing in the mountains, the ability to use the climbing rope, to pass snow, rock and ice slopes. The summit of the mountain is located at the altitude of about seven thousand meters above sea level and to stay at such altitude requires a lot of efforts. We highly recommend having a tactic of gradual acclimatization and fixed timetable during the mountaineering. That will increase the security of the route. Technically difficult parts of the rout are worked up beforehand. Before starting the ascent it is necessary to spend a couple of days in the base camp, so we can get used to the altitude, gear, climbing area. You shouldn’t be too physical active, but it is also important not to stay in a tent for a long time. During the mountaineering you should constantly move.
The route starts from the Base Camp (BC) that is located on the glacier Inylchek at an altitude of 4000 m. There are tents for accommodation, dining room, kitchen, sauna, electricity and other facilities in the BC. We can leave the BC in the afternoon, so in 2-2, 5 hours you reach Camp 1 (4200 m). It is possible to spend night on the moraine. The next day it is necessary to start early in the morning (3-4 hours a.m.) so we can pass a dangerous area on the glacier Semenovski (4300 to 5100 m). There is a danger of falling under the ice collapse on the slope of the peak Chapaev; thus passing this dangerous area should be quick and early in the morning. On this day, it is also desirable to achieve the Semenovski glacier at an altitude of 5300-5400 m. It is possible to dig a snow cave there or to sleep in tents. The next day there will be the ascent on the saddle between Khan-Tengri peak and peak Chapaev (5,900 m). It is also advisable to dig a snow cave there and to examine visually the further route. The next day we can descent. The descent is very fast and after 4-5 hours you will be in the BC.
After acclimatization ascent there should be rest for a couple of days. This time should be devoted to the preparation of equipment and consultation on the route.
Then there will be the ascent. To the saddle at 5900m (Camp 3) we move on the same schedule as the first time. Then we go to camp 4 at 6400 m. The next day we can climb the summit and descend to camp 3.
The route goes on the right rocky slope of the south-western ridge to an altitude of 6700m. On the slope steep rises occur. The average slope of the route is about 40 degrees. At an altitude of 6700 m there will be traverse right towards the narrow cave. Then we go up the rocks to a rocky wall the height of which is 20 m.
Then there will be gradual ascent to the summit. At the altitude from 6700 up to 6900 the slope increases. The possible place for staying overnight is at an altitude 6400 – 6700 m. Most of the route is set out with fixed ropes. From 6900 to the summit the path is not too steep. Descent goes on the way of the ascent.